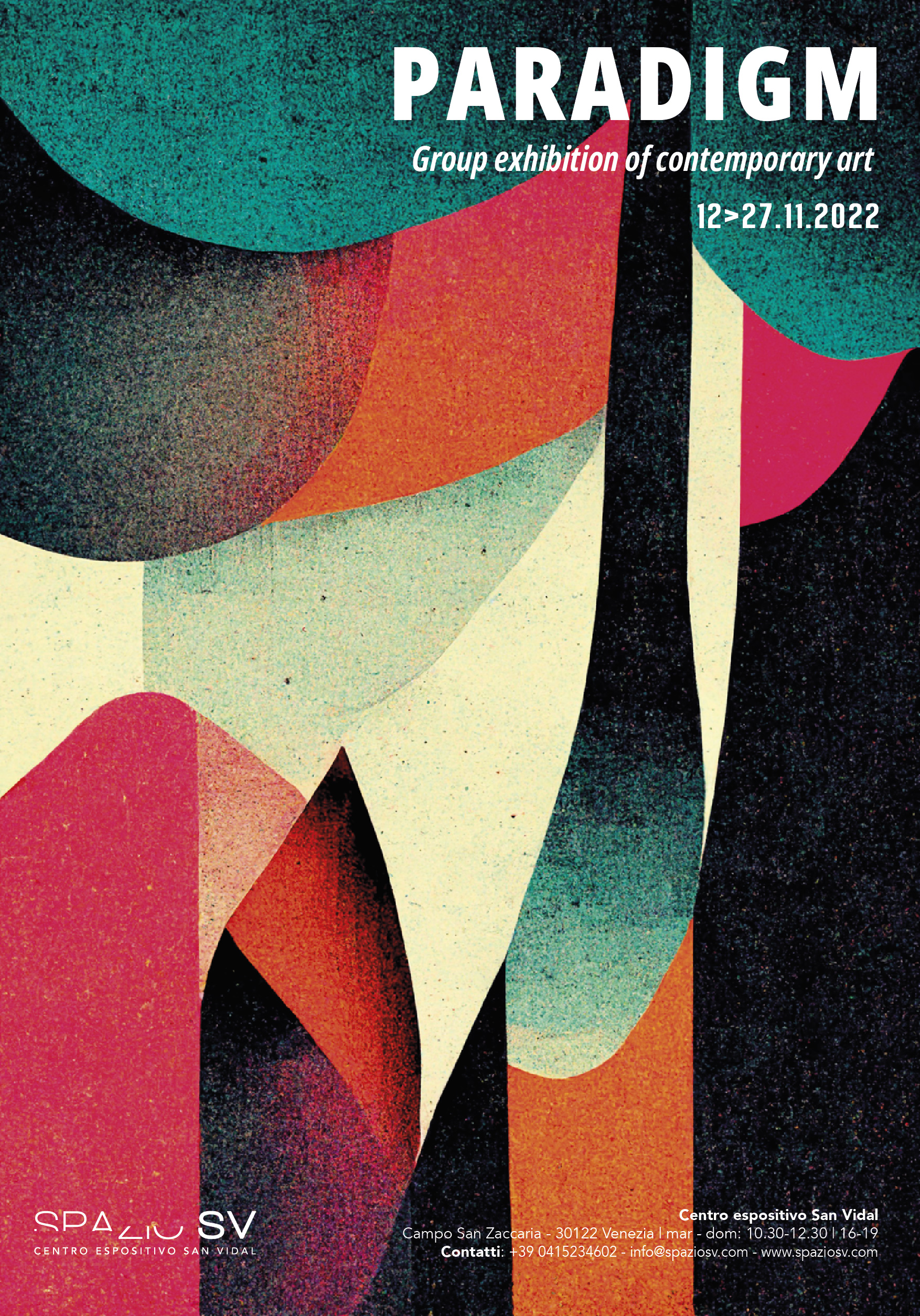 Coinciding with the final weeks of the 59th International Art Exhibition 2022, Spazio SV is organizing at the Scoletta di San Zaccaria an exhibition entitled "PARADIGM. Group exhibition of contemporary art," which will open on Saturday, Nov. 12, and will be on view to the public until Sunday, Nov. 27.
A group of contemporary artists, from different artistic languages and expressions, will represent the great querelle that has long been affecting contemporary art: the traumatic rupture with the previous system of values and the new vision of art that sees everything that transgresses, provokes and oversteps the limits as innovation in art.
The almost violent caesura with the art of the past, then, is the earthquake that allows a new paradigm to make room for itself to attest itself as new in relation to previous paradigms.

The reference to the concept of paradigm is taken from the meaning enunciated by the epistemologist Thomas Kuhn, according to whom every new paradigm imposes itself on the previous one at the cost of a violent rupture and redefinition of the norms governing a human activity.
On the basis of this theory, in 1999 Nathalie Heinich proposed that contemporary art should be regarded as a "genre" of art, a new paradigm to be exact.
In her book "The Contemporary Art Paradigm. Structures of an Artistic Revolution," the sociologist highlights all the steps that have characterized this "revolution," starting in 1964 with Rauschenberg's awarding of the prize at the Venice Biennale and the highly controversial reactions that followed.
An investigation with the aim of describing the facts that transformed art coming this paradigm shift.

Based on these food for thought, the exhibition therefore aims to bring before visitors artists with completely different looks and personalities, interpreters and followers of contrasting paradigms but united by having expressed themselves in the present time, which is so complex and constantly evolving.
An opportunity to urge the visitor to recognize old and new paradigms, first of all clearing the gaze of the prejudices that for a long time have determined what was legitimate to consider art or not, to train then, to a free observation of the work and a sincere and authentic interpretation.