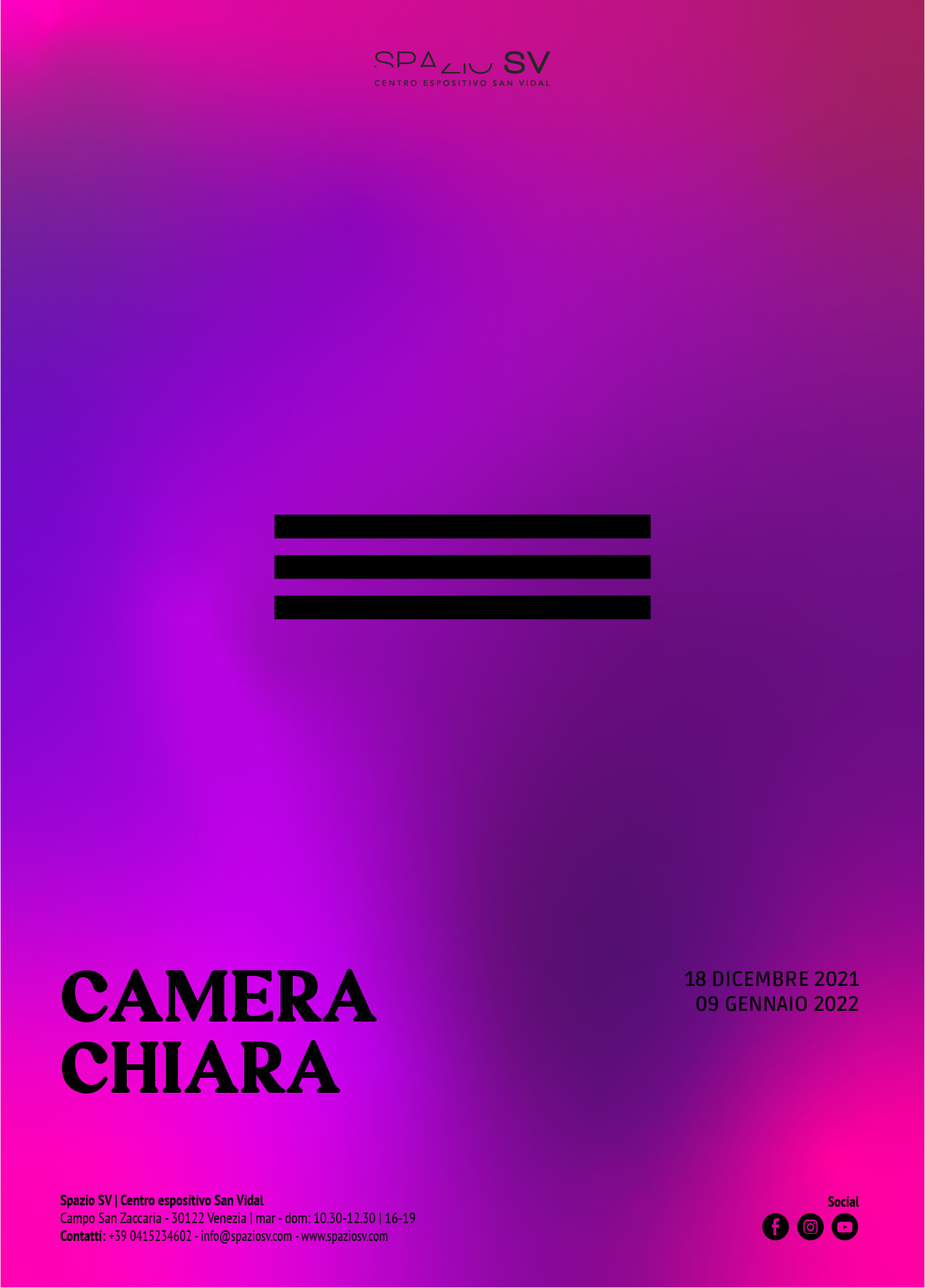 SPACE SV – San Vidal Exhibition Center will host the collective exhibition entitled “The invisible world” from 18 December to 09 January. The second event of a trilogy dedicated to the comparison between figuration, abstraction and photography.

The evolution of the term “light room” allows us, through its own history, to focus attention on what the image reproduced today is. Originally, as a device prior to photography, the light camera created a tangible relationship between the model to be represented, the prism that allowed it to be projected onto the paper, and the artist could reproduce it: a concrete, artisanal relationship that allowed the luxury of fix a moment of reality with a fidelity, however, always mediated by the living “sign”. With the advent of the camera, reproduction has become mechanical, and the power of a subject that can be transformed into a replicable object, an object that would potentially exist and could never replicate was examined with extreme clarity by Roland Barthes: an object that was unequivocal testimony of a moment. undeniably existed, an untouched past immortalized in its essence of reality, and in the only arbitrable element to which in the feeling aroused in whoever looked. The essence of the photographer as analyzed by Barthes has in fact been emptied of meaning by technological evolution: the “clear room / lightroom” has now become the possibility of modifying, altering, subverting that moment that from motionless has become infinitely manipulable . A transformation that has made the boundary between image and reality open to countless possibilities of variation, discovering it can be explored, superimposed and deceptive: that objectivity – the really existed – that for Barthes was the clear point between photography and painting, can no longer be for us a reference, and in this ambiguity there is the need to read today the reciprocal relationship between pictorial subjectivity and photographic relationship.

TO SHIPPING OF WORKS:

This website uses cookies to improve your experience while you navigate through the website. Out of these, the cookies that are categorized as necessary are stored on your browser as they are essential for the working of basic functionalities of the website. We also use third-party cookies that help us analyze and understand how you use this website. These cookies will be stored in your browser only with your consent. You also have the option to opt-out of these cookies. But opting out of some of these cookies may affect your browsing experience.
Necessary Sempre abilitato
Necessary cookies are absolutely essential for the website to function properly. This category only includes cookies that ensures basic functionalities and security features of the website. These cookies do not store any personal information.
Non-necessary
Any cookies that may not be particularly necessary for the website to function and is used specifically to collect user personal data via analytics, ads, other embedded contents are termed as non-necessary cookies. It is mandatory to procure user consent prior to running these cookies on your website.
ACCETTA E SALVA